Did you know that it's not the car battery that powers most electrical things in your car but the alternator? This is why today we're looking at how to test an alternator. The last thing you need is being unable to power your car's electricals.

The car alternator produces most of the electricity that your car uses. Therefore, you have the car alternator to thank whenever you're running your headlights, radio, and even windshield wipers.

This is not to say that the car battery is just lounging. No. You use your battery to start your car and get electrical energy when your vehicle isn't running.

So, since we've established that your electrical system can't run without an alternator, let's look at what exactly this piece of equipment is.

What Is An Alternator?

An alternator is a generator found in all vehicles that have a standard internal combustion engine. The alternator distributes electricity throughout your car's electrical system and recharges your battery.

The alternator is about the size of a coconut and is often mounted to the front of your car's engine. It also has an alternator belt running around it, enabling it to function properly.

Let's now look at how to do the actual testing of your alternator.

How To Test An Alternator

Step 1: Get the Tools

The first tool you'll need is the multimeter to help you do the alternator test. What is an alternator? This is a handheld device that you'll use to measure the voltage on your electrical connections.

Basically, that's it. Let's now move to the actual testing.

If you're working with a multimeter that doesn't have incremental settings, you can just set it to DC volts.

Step 3: Start with the Battery Terminals

The first step is to touch the probes to the car battery's terminals. First, however, ensure that your car is off. Next, we'll get to where you should start your car down the line.

If you have a car with its battery tucked away, you'll need to work with access terminals under the hood. This applies if your car battery is under your rear seat or fender well.

These access terminals may also be color-coded to guide you better. The positive terminal should be easy to find. If you can't find the negative terminal, you can touch the probe to any clean bolt.

Ensure that the bolt isn't painted. Once you locate such a bolt on the chassis or engine of the car, you should be good to go. So, what readings should you expect?

The battery reading should be between 12.4 and 12.6 volts. Ensure you write down the specific reading you get. Anything below 12.4 volts could mean that your battery needs checking.

It's time to start your engine. When you measure again, you should see increased voltage readings. This will tell you that you have a good alternator.

The readings you should expect range around 14.0 and 14.5 volts. Don't be alarmed if they are slightly higher. However, these readings shouldn't exceed 16.5 volts.

Nonetheless, anything higher than the original battery voltage above when the engine was off and lower than 16.5 volts should be okay.

Another cause for concern is if the readings are the same as the initial battery voltage of 12.4-12.6 volts. If this happens, it's an indication that your charging system isn't functioning properly.

If all seems fine, we advise that you remove your alternator and have it bench tested.

When you see your battery light is illuminated, the first assumption may be that you have a bad battery. However, this isn't the case. It actually means that your battery isn't being charged well. 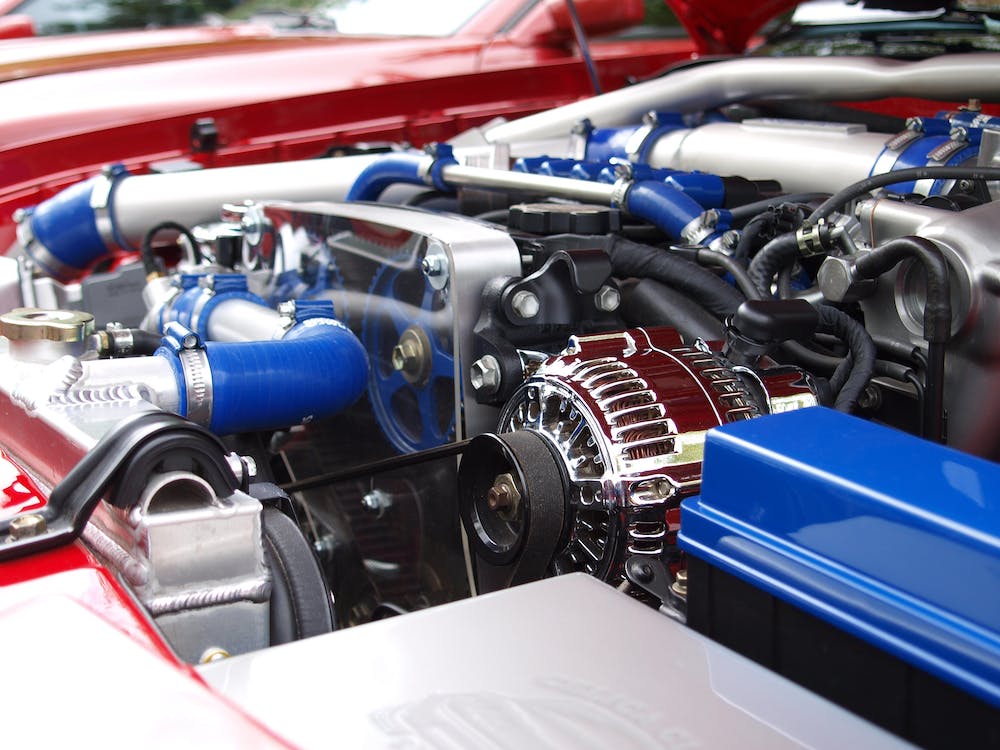 The last thing you need to do is assume you have a defective alternator only to find out that you replaced a properly functioning electrical device. Therefore, consider checking other electrical accessories and other connections if you suspect that something is wrong.

Now that we've carefully looked at how to test your alternator let's look at some signs of a faulty alternator. This will let you know when to carry out testing your alternator output and more.

What Are Signs of A Faulty Alternator?

It may mean that the alternator is failing to charge your battery properly. Although there may be other problems with the engine compartment, you should probably rule out this one first.

If you turn your car and hear a clicking sound instead of the usual purr of the engine, it's time to check your alternator.

If your vehicle is constantly stalling, it may mean that the spark plugs are not getting sufficient power from your alternator. If there's not sufficient voltage, your vehicle won't be able to keep the engine running.

If you hear some growling or whining noise coming from under the car's hood, it's time for an alternator check-up. Although your vehicle may make several noises that are harmless, it's important to trust your gut on which ones are actually warning sounds.

So, what causes these growling or whining sounds? It is likely a result of the bearings responsible for spinning the rotor shaft becoming faulty. Another reason could be that the alternator belt has become misaligned.

Why can a dead battery symbolize a bad alternator? If your alternator isn't sufficiently charging your battery as your engine runs, it can cause your battery to lose charge faster.

However, the truth is that a dead battery doesn't always mean that your alternator isn't producing enough voltage or that it's gone bad. Instead, it could just mean that your battery has reached the end of its life.

It could also mean that you left your headlights or radio on all night. So, how do you know if it's alternator-related or not? You can test your theory by jumpstarting the car.

It means that the alternator isn't getting sufficient voltage to the battery. Nonetheless, if it means that you need to replace your battery, you can check out these best car battery brands for great options.

If you find that your electrical components are slowing down or malfunctioning, it could be that your alternator is not supplying enough power to these accessories.

Some of the things that may tip you off include your speedometer and other instruments going haywire, windows taking longer to roll up, and so on.

Modern vehicles are being manufactured to include a priority list of equipment that's programmed into the onboard computer. This means that if there's a shortage of power from your alternator, the program will dictate where power is cut first, second, and so on.

This means that the alternator becomes faulty without you noticing; the non-essential accessories will lose power first until you fix the problem. For example, you may lose power to the car's radio before your headlights start malfunctioning.

Why is this the case? Because when your alternator becomes faulty, it will provide inconsistent power to your electronic accessories. Therefore, your accessories may begin or over-perform or under-perform.

For example, this may manifest itself as extremely bright headlights or very dim headlights. If you also experience flickering of lights and similar behavior, it's time to check your alternator.

Frequently Asked Questions About How to Test Your Alternator

1. What does the positive battery cable do?

2. What is a voltage regulator?

This is a system that's designed to maintain a constant voltage automatically. The voltage regulator can make use of electronic components or an electromechanical mechanism.

It works by generating a fixed output voltage that remains constant despite any changes to its load conditions or input voltages. 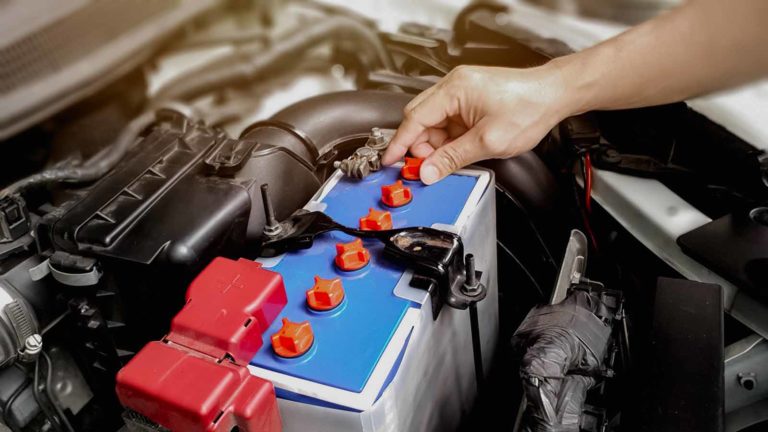 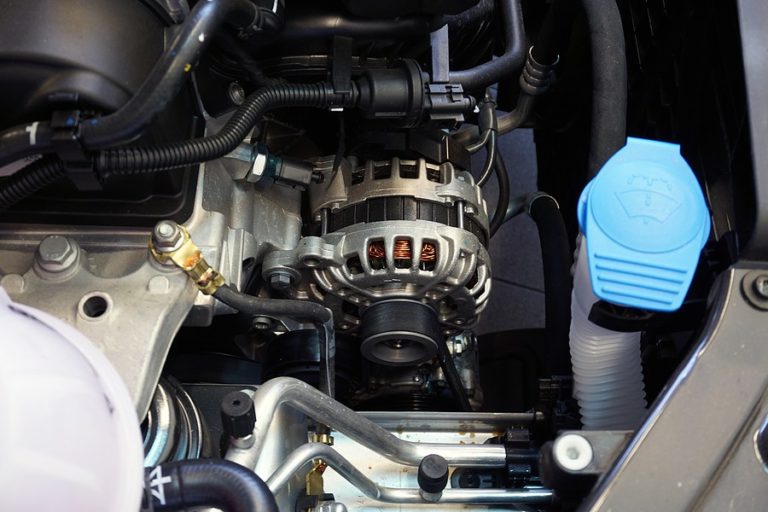 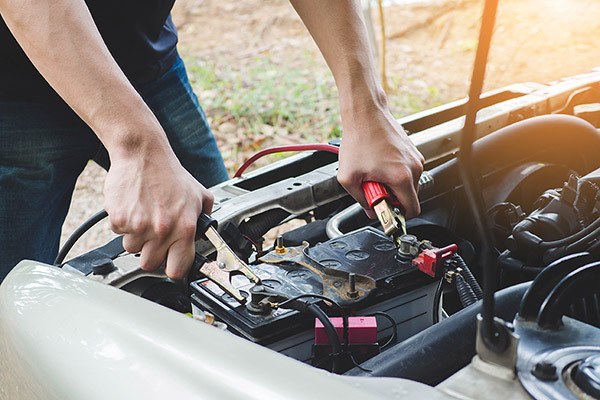 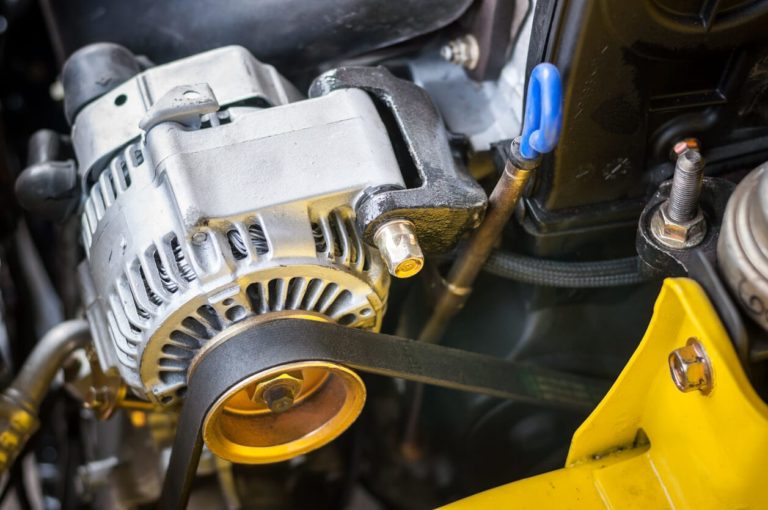